Dal: To Nepal and back

I discovered lentils when I was ten years old. My family had moved to Kathmandu, Nepal for work, and we had promptly become de facto vegetarians – there was very little fresh meat available in one of the world’s poorest countries. Instead, we learned about lentils. In Nepal, as in India, lentils are the foundation of the diet: inexpensive, highly nutritious, and endlessly versatile. At first we were hesitant, being totally unfamiliar with them. We had just left suburban Montreal and everything about Kathmandu was strange. But soon enough, after tasting the simple red lentil dal that’s on every Nepali plate at both of the two daily meals, we were hooked. It’s fairly plain, uses only ginger, garlic, and cumin for seasoning, but it’s magical, delicious, and deeply satisfying. We ate dal bhat tarkari (lentils with rice and curried vegetables) several times a week, and somehow never got tired of the recipe (which I can still recite by heart!).

After three years in Kathmandu, we moved back to Canada, and started eating a little meat again. But my mom often would bring out the hand-written recipe from a Nepali friend and make dal bhat tarkari for our family supper. It was–and still is–my favourite meal.

I thought I knew dal, having eaten it in such quantities. As an adult I still made dal bhat often, as it was both my comfort food and easy on my tight budget. But after moving to Toronto, a city filled with big populations of Nepalis, Indians, Sri Lankans, and Pakistanis, it was easier to find new variations of dal from specific regional cuisines. One day, at a tiny strip-mall restaurant in suburbia, I discovered South-Indian dal, and it totally blew me away.

Unlike the creamy, mild, and almost-sweet dal I knew, South-Indian dal is punchy, spicy, tangy, and electric. Different seasonings–chillies, mustard seeds, and curry leaves—make the same old lentils into something completely new. It’s usually served with flatbreads instead of rice, and lots of different chutneys, creating a magnificent vegetarian platter.

I started making up reasons to drive past that strip mall, popping in for a thali or a masala dosa, eating with my hands and sweating profusely from the intensity of the spice. Eventually I visited an Indian grocery store to stock up on curry leaves and spices so I could make it at home anytime. I still make my beloved Nepali dal too, but this one is also in heavy rotation.

Claire Tansey is a chef, teacher, and food expert. She has over 20 years’ experience working in restaurants, education, and media, notably as Food Director at Chatelaine and as a guest expert on Cityline. She now focuses on inspiring home cooks with easy, fun, and delicious recipes at Claire Tansey’s Kitchen. Her first cookbook, Uncomplicated, will be published in September 2018 by Penguin Random House. 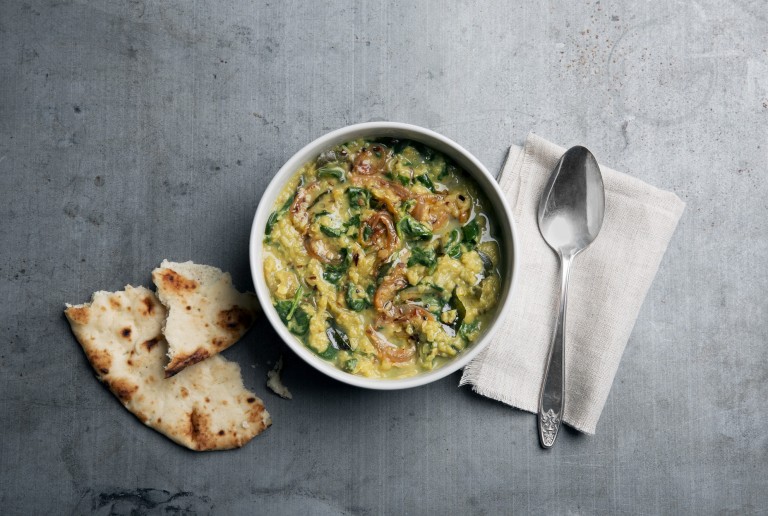